The Falling Sky and the NLRB Ruling on Co-Employment 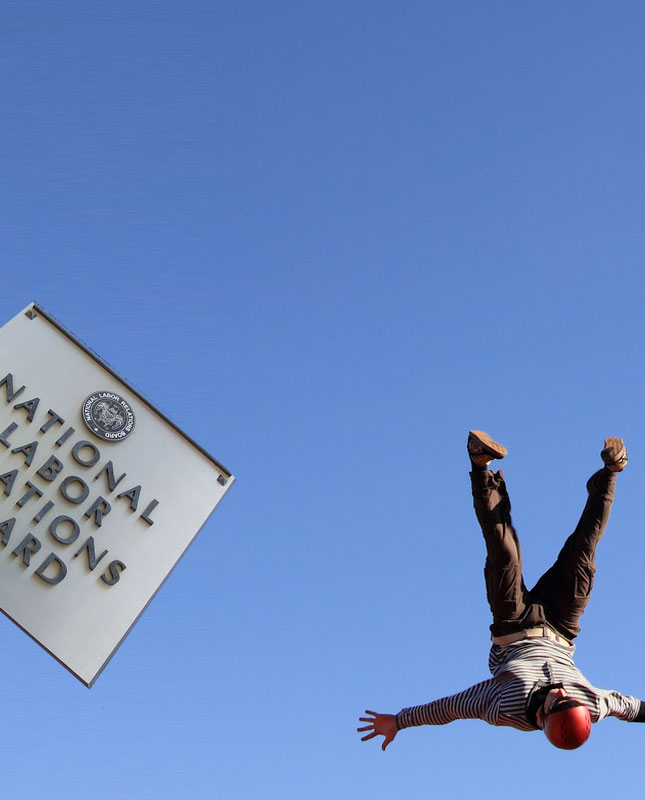 On August 27, 2015 the NLRB majority broadening the standard by which an organization may be found in a joint-employment relationship with their contractor. In short, previous recent rulings by the board required the reputed joint-employer to exercise the authority and such control needs to be exercised “directly and immediately.” Now the new ruling considers indirect control:

“If otherwise sufficient, control exercised indirectly—such as through an intermediary—may establish joint-employer status.”

The dissenting opinion argues that the majority goes to far:

“Our fundamental disagreement with the majority’s test is not just that they view indicia of indirect, and even potential, control to be probative of employer status, they hold such indicia can be dispositive without any evidence of direct control.”

But what does this “If otherwise sufficient” test mean to you and what factors of “indirect control” will tip the scale to establish a joint-employer status?

These are hard questions to answer and most likely will spawn a few lawsuits and perhaps even a Supreme Court decision.

Should you be concerned? Yes.

Is it the end of days for contractor relationships? No.

The media has various comments on the ruling:

The decision could threaten the business model of staffing agencies and other firms that provide their customers with temporary workers, business groups say.

The ruling from the National Labor Relations Board will ripple through the fast-food, construction and other industries that rely heavily on contract workers and employees of franchisees. Previously, such companies were considered by law to be a step removed from many of their workers when certain labor disputes arose.

Existing Contracts Should Be Reviewed

However, like any evolving standard or law, corporations will adapt to this shift. Existing contracts that were drafted with the narrower NLRB rulings in mind should be revisited for unnecessary language pertaining to contractor employees. Importantly, task-based buying specifications and RFP terms are likely hard coded toward a co-employer finding as the majority explains:

For example, one employer sets wages and hours, while another assigns work and supervises employees. . . . Or employers may affect different components of the same term, e.g. one employer defines and assigns work tasks, while the other supervises how those tasks are carried out.

The majority opinion gives some guidance on this issue. Broadly contract language covering “those matters governing the essential terms and conditions of employment” should be reviewed. Initially this analysis should look to common law – specifically Restatement (Second) of Agency §2(1) paraphrased below:

In determining whether one acting for another is an employee or an independent contractor, the following matters of fact, among others, are considered:

Beyond this review, if a common-law relationship exists, you are wise to analyze if you have sufficient control over “essential terms and conditions of employment to permit meaningful collective bargaining.” The key difference is that “control exercised indirectly” will be evaluated seemingly with equal weight to your having actually exercised that control. Even if you take no action; but, are contractually able to create worker accountability or employment circumstances, you could be found to be a co-employer. So what should you do?

A review of your current contract would be prudent with legal council to understand the risks you currently have and if there are ways to restructure the contract language to accomplish the same result “a clean facility” for example without specific task-based control language.

As an example, many cleaning contracts specify the tasks and frequencies to be performed as a contractual “specification” and RFP terms. We have seen some contracts that go into fine detail about each task that needs to be done and the labor, products and equipment that MUST be used. This is a high risk strategy in light of this ruling.

In the BFI test case (the company held by the NLRB majority to be a co-employer) there were many contractual (specifying a cap on hourly wages) and also direct and immediate control examples of actions taken by BFI to train and in some cases facilitate the dismissal of the contractor’s employees.

For more details download the majority and the dissenting opinion here:

At Elliott, we have been writing and managing performance-based contracts for over 40 years. Please give us a call to discuss your contract situation and how a Performance-Based strategy may help.