Putting the Hype to the Test: Ionized Water 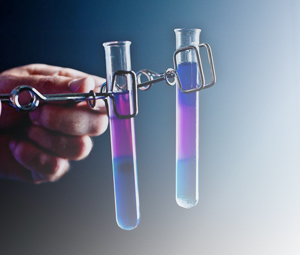 I received a question from a reader about the effectiveness of scrubbing with ionized water — rather than chemicals — to clean floors. After some searching, I found equipment that is filled with regular tap water that becomes electrically charged and is used to clean floors.

We wanted to find a challenging floor care environment, one that’s been using a chemical scrubber to clean floors. A soft drink bottling plant/warehouse in Baltimore was the answer: A 24/7 operation with bottling conveyor belts running nonstop, pallets loaded with cases of soft drinks everywhere and forklifts racing around all day to keep up with six active loading docks.

The questions we asked were:

We identified five different study areas in the plant and conducted testing in the same location over a three-day period: The pallet area, the corridor, the loading dock and the bottling area, which are unfinished concrete, and the cafeteria/break room, which is vinyl composite tile (VCT).

All areas were split in half and one side was scrubbed with the current chemical scrubber and the other with the ionized water device. On both sides of each area, the cleaning was done using only one pass with each machine.

Testing protocol and measures were as follows:

The results of the study were collectively measured and then categorically broken down to determine where each device is preferable and where each falls short.

Appearance: The testers and employees of the plant were very impressed by the performance of the ionized water scrubber. Given the nature of the residue on the floors, everyone was a little skeptical that water, even ionized water, would be able to remove any soiling as effectively as a chemical.

It was immediately apparent that those fears were unfounded: The ionized water method quickly removed even the toughest greasy dirt, leaving the concrete floors dry and residue-free.

The chemical scrubber also removed a significant amount of bacteria from the floor at an average of 89.7 percent. It is interesting to note that the ionized water system seemed to perform more consistently in all areas than the chemical scrubber.

It also outperformed the chemical scrubber by a large margin in the cafeteria area, the only room that had a VCT floor instead of a concrete floor, reducing bacteria by als disposed of in landfills and the impact of transporting the product

We did not evaluate all of the possible factors, just the ones most apparent in the study.

As such, it is imperative to consider both environmental impacts and human health issues when considering a change in products or equipment.

Another factor to consider when it comes to “green” or sustainably preferred processes is the triple bottom line: Economic, environmental and social.

Our study clearly shows that the ionized water floor scrubber method delivered greater ATP and bacteria reduction and higher appearance than the floor scrubber using a designated chemical cleaner did. So, to answer the original question, I must conclude that the ionized water device adds another valuable and effective tool to the alternative methods available to the cleaning industry.

Beyond soil removal, the custodians noticed several aspects of the ionized water device that make it an effective alternative that is easier and more appealing to use.